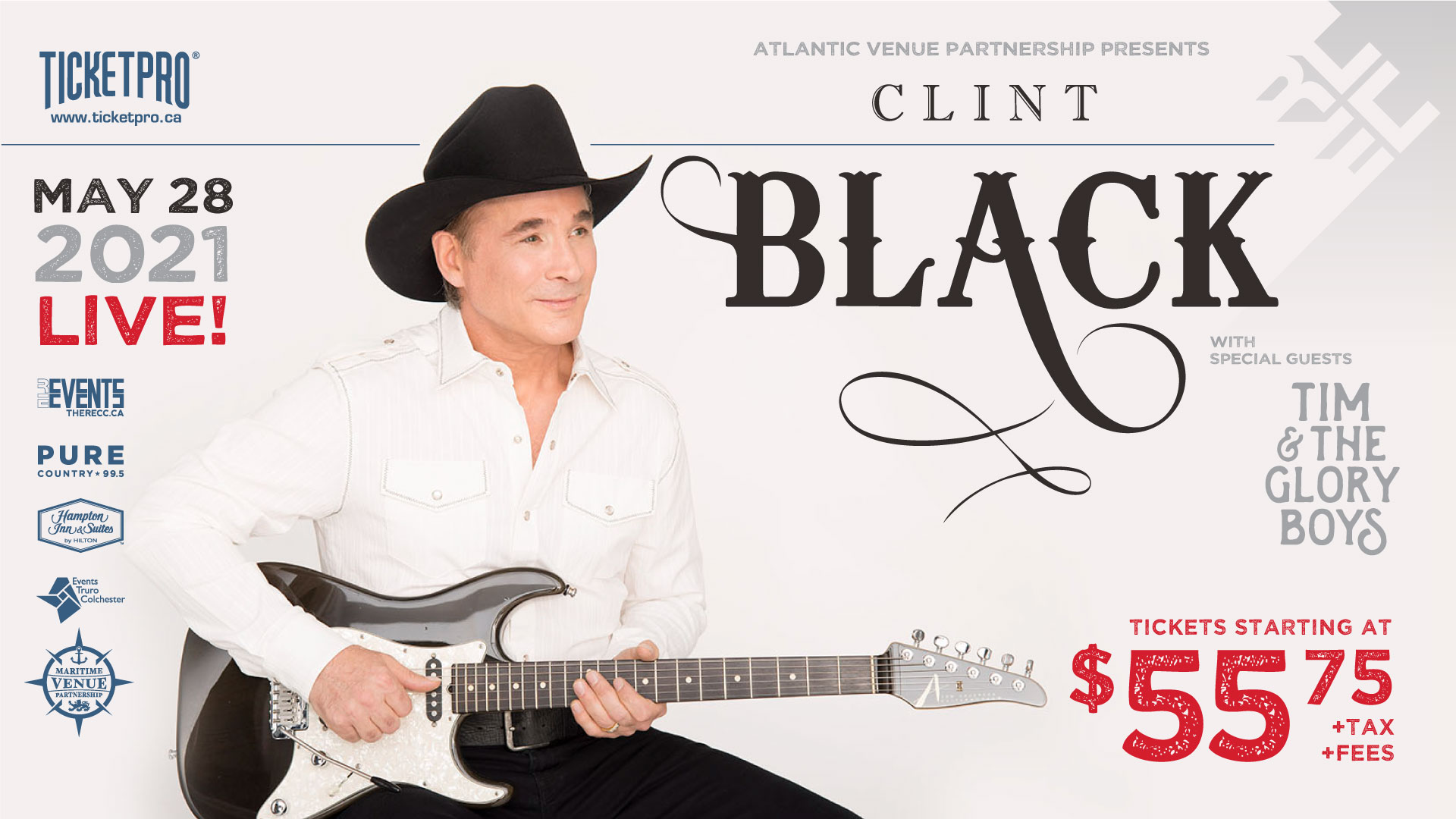 Unfortunately we have had to make the difficult decision to cancel the upcoming Clint Black concert at the Rath Eastlink Community Centre that was previously scheduled for May.
All those who purchased online will be automatically refunded. Otherwise if you purchased your ticket in person at a box office, please take your tickets back to the box office for a refund.

If you have any questions in regards to refunds, please email social@therecc.ca

Thank you for your continued patience and support

Doors at 630pm  |  Show at 730pm
Bowl seating: All Ages  |  Floor seating: Licensed 19+ Only
Presented by the Maritime Venue Partnership, country superstar Clint Black knows a thing or two about penning a catchy tune – he's got more than 20 No. 1 singles under his belt, and his hit-filled live shows have the feel of a greatest hits tour. It makes him something of a maverick in a genre where many artists record music written by other songwriters. Black has spent the bulk of his career singing his own songs, and it's served him well. His penchant for witty puns and clever turns of phrase is on full display in concert – both in the lyrics of favorites like "A Better Man" and during his amusing between-song banter. With his warm baritone voice, killer harmonica playing, and catalog of clever-mouthed hits, Clint Black is a must-see for ticket buyers who like their classic country served straight-up.

Clint Patrick Black was born in New Jersey but raised in the Houston suburb of Katy, TX. He grew up playing music with his family, and by his teens he had serious chops on both the guitar and the harmonica. Black cut his teeth as a singer performing with his brothers in a family band, and he eventually dropped out of high school to play music full-time. He spent the bulk of the '80s working odd jobs while moonlighting as a country performer, and in 1989 he got his big break when RCA signed him and released his debut album Killin' Time. The record spawned five consecutive country No. 1s, making him a star overnight and earning him several Academy of Country Music Awards including Album of the Year and Top Male Vocalist. His chart run continued in the '90s with a string of Top 10 albums and chart-topping hits like "A Good Run of Bad Luck" and "Nothin' But the Taillights." Black parted ways with RCA in the early '00s and took a few years off to start a family, and in 2004 he returned with his eighth album Spend My Time, which he released on his own label Equity Music Group. Critics hailed the album as his most adventurous outing to-date, and Black has remained prolific ever since, consistently delivering both in the studio and on tour.
With him, Clint brings Tim & the Glory Boys, independent recording artists based out of Abbotsfore, BC. Lead singer, Tim Neufeld, has toured the world for over a decade, shared the stage with countless Canadian Country, Roots and Gospel artists, and won multiple JUNOS, Dove, and Covenant awards. The Glory Boys are a Canadian Bluegrass Trio of backwoods hillbillies with world-class facial hair and infectious on-stage energy. Together, the guys have been entertaining live audiences across Canada since 2013 with their unique blend of boot-stompin' country bluegrass, elaborate production elements and a healthy dose of blue-collar humour. 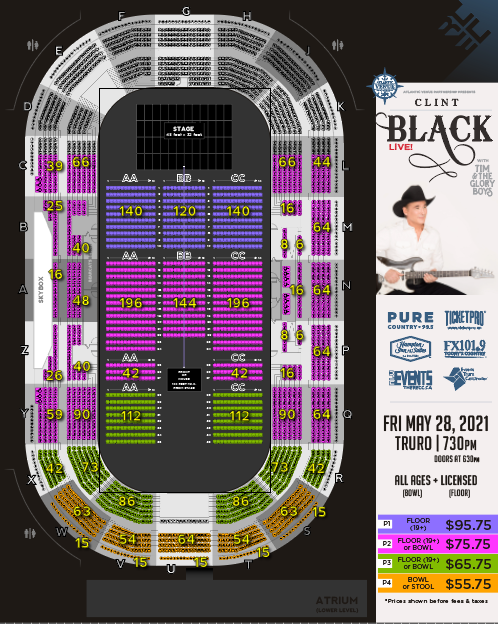